October 16, 2011
I will start this from the very beginning, it was 9th October 2011 at around 10pm IST. I finished my dinner, came online as of daily routine. Logged in to Facebook, checked out my stuffs, read some blogs. As nothing was making me feel good I thought to go to bed and take a sleep. I have made my mind that from today itself I will wake up in time, will sleep early and without wasting my time on FB at nights. 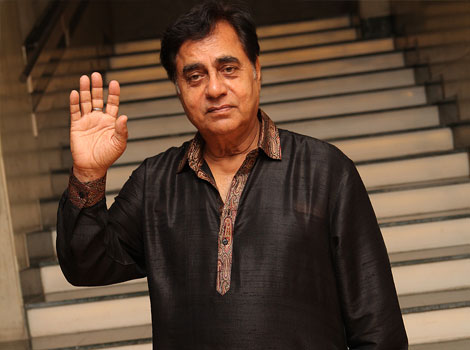 The atmosphere was breeze-less tonight. As I was not feeling sleepy,I took out my mp3 player and started listening to romantic and soft-core songs. But all in vain, finally, I thought to get myself relieved by listening to Ghazals of Jagjit Singh Ji. I always have the folder named 'Jagjit Singh' whether it is my phone or MP3 player. I have been a fan of him since the time someone very special asked me to listen to his songs to help me calm myself and control my aggressiveness.
It was 2006 that I got myself addicted to his voice. My first expereince after listening to his ghazal was "Why haven't I tried it earlier? OMG, what a miss it was!!". His voice acted as a therapist to me, helped me in healing the wounds which I got from this world. His songs also acted as a teacher as it teaches me lots of things. For example, the feeling of what is love can be felt through his song "Mere Jaise Ban Jaoge Jab Ishq Tumhe ho Jaega".
I kept on listening to his ghazals. Feeling relieved and fresh, there was no mood to sleep. So I kept on listening madly as someone was pouring divine words into my ears. The more I was listening, the more I was feeling fresh. I didn't even notice that it was morning 6am, the 10th October 2011. The birds were chirping loudly as they wanted to say something to me but I did not understand that they were crying and informing me about something very unfortunate to happen today.
But now I have to sleep for the next 2 hours so nobody at home could understand that I was awake the whole night. Keeping the headphones in my ear, I slept listening to his songs. After a small nap woke up at 8:45am and switched on my computer from sleep mode. On the other hand,I got myself done with all those freshen-up stuffs, came back to my room, opened up facebook and the first thing which I saw on my timeline feed shocked me as nothing. 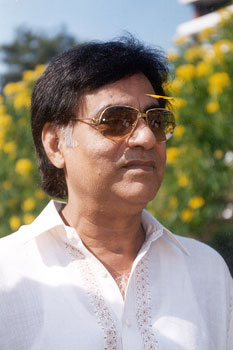 Some news channels have posted on Facebook about Jagjit Singh's unfortunate death due to Brain Haemorrhage. I was shocked and was not able to believe on this news as this might me a misunderstanding.I knew that he was hospitalised in Lilavati Hospital due to Brain Hemorrhage but his condition was stable and was recovering faster.
Then and there I checked out on internet about the loyalty of this news. As few days before someone running a page on facebook posted this kind of news and in return got lots of criticism regarding this, from others and me too. But unfortunately this time,the news was true, which I was not expecting to be. I then and there called my friends, who are also fans of Jagjit Singh and informed them about this unfortunate incident. They were also shell shocked. I could not believe on my luck that just few hours before I was listening to his Ghazals and Nazms and now he is no more.
I always wanted to attend his Live concert, at least once, but God also snatched this opportunity from me. Recently he came to Kolkata for a concert in the month of September 2011 but I was not aware of this. Later someone told me that tickets of that concert were all sold, there was no chance to get any at that point of time.
Whatever!! But there will be a regret throughout my life that I was not able to attend his Live concert in my life. And possibly,will not attend anyone else's concert ever in my life as nobody can be much greater and better person in comparison to what Jagjit Singh Jee was. He has experienced ups and downs in his life but always positioned himself strongly after this. His pain can be experienced from his Ghazals and voice. "Chithi na koi sandesh, Jane wo kaun sa desh Jahan tum chale gaye" is a perfect example of this, which seems to be dedicated to his one and only son Vivek Singh, who died in an accident in 1999. After this, his wife Chitra Singh left singing, but he stood strongly and kept singing for his fans. A perfect example to follow.
I also love the singles or ghazals sung by Chitra Singh, but adore those songs sung by the duo, specially "Milkar juda hue to na soya karenge hum, ek dusre ke yaad me roya karenge hum" & 'Dono ke Dil hain majbur pyar se, Hum kya karein meri jaan,tum kya karo'  and  "Hum to hain pardesh mein, desh mein nikla hoga chand". Now I am just assuming the situation of Chitra jee, feeling very sad for her.
It is almost 6 days from that 10th October,still it is impossible for me and my friends to believe that we have lost this great treasure of our life. We are still expecting him to comeback, but somewhere it is impossible. At the same moment his songs come into mind singing on his behalf "Shahad jine ka mila karta hai thora-thora, Jane walon ke liye Dil nahi thora karte, Hath chuthe bhi to Ristey nahi chora karte"

WE WILL MISS YOU JAGJIT JI, YOU WERE THE GOD OF GHAZAL AND WILL ALWAYS REMAIN ALIVE IN ME AND MY FRIENDS HEART THROUGH YOUR MESMERISING VOICE- JANAK KUMAR YADAV

November 07, 2011
Picture courtesy-Internet Now a days,every person's life is so busy and so hectic that we do not get time for other things.Even we do not get much time to complete our pending works on the same day or other day.In this way,the pending works get clotted and becomes a huge mountain to climb upon .          I was thinking that in these busy hours of work or study,if I get two more extra hours in a day, what will I do ?         Whether I will spend them in completing my pending works of getting a new Ration Card,as we have from shifted from the rented house to our own home on the other side of the town,or will I go to meet some of my friends and relatives with whom I never find time to meet,though they are in the same town .        I have got other options also to spend my time,like meeting and having fun with my old classmates hovering around Kolkata or visiting my old area & meeting those peoples who were with us in that rented colony since the time I opened my eyes as
9 comments
Read More